A golf resort is adding a new clubhouse on par with its on-the-shore view.

Originally built in 1986, the current clubhouse offers a view of both the 18-hole Torch Course and Torch Lake from its expansive wooden deck on A-Ga-Ming’s high bluff at 627 Agaming Drive in Kewadin. However, three decades later, the now 54-hole golf resort has outgrown the facility.

Mike Brown, general manager and co-owner of A-Ga-Ming Golf Resort, said now that the golf industry has begun to grow again in Michigan, the resort is looking to build a nearly 9,000-square-foot clubhouse. The new building, which is valued at nearly $1.5 million, will replace a 30-year-old clubhouse with no insulation or heat.

“We are at a point in time where we have basically outgrown what we have. When the guy built it, it was his summer getaway and he would go to Florida for the winter time,” said Brown. “When we first arrived here in 1996, this little building was all we had. People would walk into the clubhouse, pay for golf…and the first thing they said was ‘wow, the view.’”

It is a view that will continue to be offered in the new clubhouse, since the site plan calls for its location directly behind the 30-year-old facility overlooking Torch Lake.

“There are only a few courses in the state of Michigan that wow people when they walk in the door. Arcadia Bluffs naturally has a beautiful view, Bay Harbor has a beautiful view, and A-Ga-Ming is probably among the top three of wow-factor courses,” said Brown. “Putting this right behind the [current] building just made sense.”

A-Ga-Ming Golf Resort’s planned clubhouse will boast about 5,400 square-feet on its first floor and additional square-footage in the basement for cart storage and walk-in coolers to bring the entire footprint up to about 9,000 square-feet in total. The project, which is being handled by H.F. Architecture based out of Royal Oak, Michigan, will incorporate design aesthetics reflecting northern Michigan features, according to Brown.

Some of the design aspects comprise metal roofing, natural stone, burgundy accents, and exposed timber beams in the interior. Once completed, the new building will not only incorporate a Pro Shop, but also a restaurant and bar to cater to visitors and members alike. Brown indicated he anticipates construction will break ground in September, with work continuing throughout the winter, so the new clubhouse can officially open its doors by Memorial Day 2017.

With lodging accommodations for up to 200 guests and a membership base of about 200 golfers, Brown said having the ability to feed guests in-house, cater to members, and provide expanded opportunities for events will benefit the A-Ga-Ming resort.

“We were very limited in our season, because we are all outside so it was just a three-to-four month window of opportunity,” said Brown. “When we add a clubhouse, we are really going to be able to expand our horizons for about nine months now and we can do proms, homecomings, more weddings, and things of that nature. I think it will help us grow individually as a resort.”

The growth of the golf resort can be traced back to the mid-1970s when the original owner left his transmission shop in Detroit to build a nine-hole golf course in close proximity to Torch Lake by leveling the fairways using tractor-pulled logs. By 1986, Bill Siebenthaller and 1954 PGA Champion Chick Harbert expanded the resort by re-routing the design to accommodate an additional nine holes, and build the existing clubhouse.

Brown and Larry Lavely, co-owner and PGA Professional, took over ownership of A-Ga-Ming in 1996 and by 2005 had added a second 18-hole golf course known as Sundance just inland from the original course. Designed by architect Jerry Matthews, the wide rolling fairways and 118 windswept bunkers create a visibly dramatic, albeit playable 18-hole golf course which is only getting better with age.

“It is unique for sure,” said Brown in reference to designing a golf course. “The biggest thing I was amazed at in this whole process was the individual actually doing the building. He is reading a plan, he has to do a bunker, have a full-foot drop and have to bring the grass over to have the bunker filled. He could work the bulldozer like we could work a pencil and a knife. He was like an artist.”

When designing the course, Brown said Matthews went out to survey the land features to identify the hills, valleys, and peaks where a certain piece of the land would create a good area for a tee or a green.

“Then you start playing with it on paper and you are getting the routing. I think we went through at least three to five, six, seven iterations of moving it around,” said Brown. “This year is the 10th anniversary of Sundance. Golf courses mature and they really get a little better over time.”

Several years after opening Sundance, A-Ga-Ming Golf Resort expanded yet again to include a third 18-hole course known as The Dells, which is another Matthews design and is located approximately 10 miles to the north of the original resort.

A little slice of Italy in West Michigan 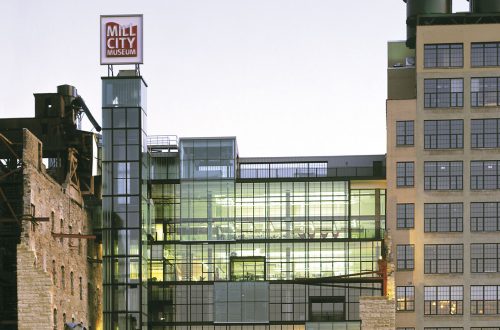 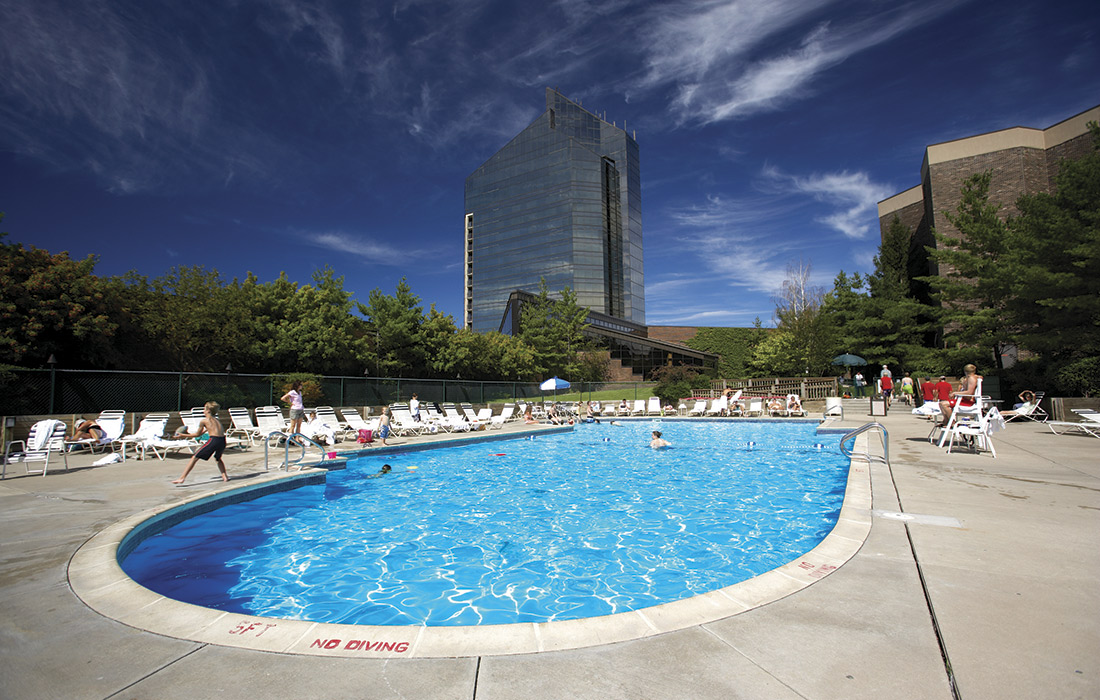 The grand destination in northern Michigan