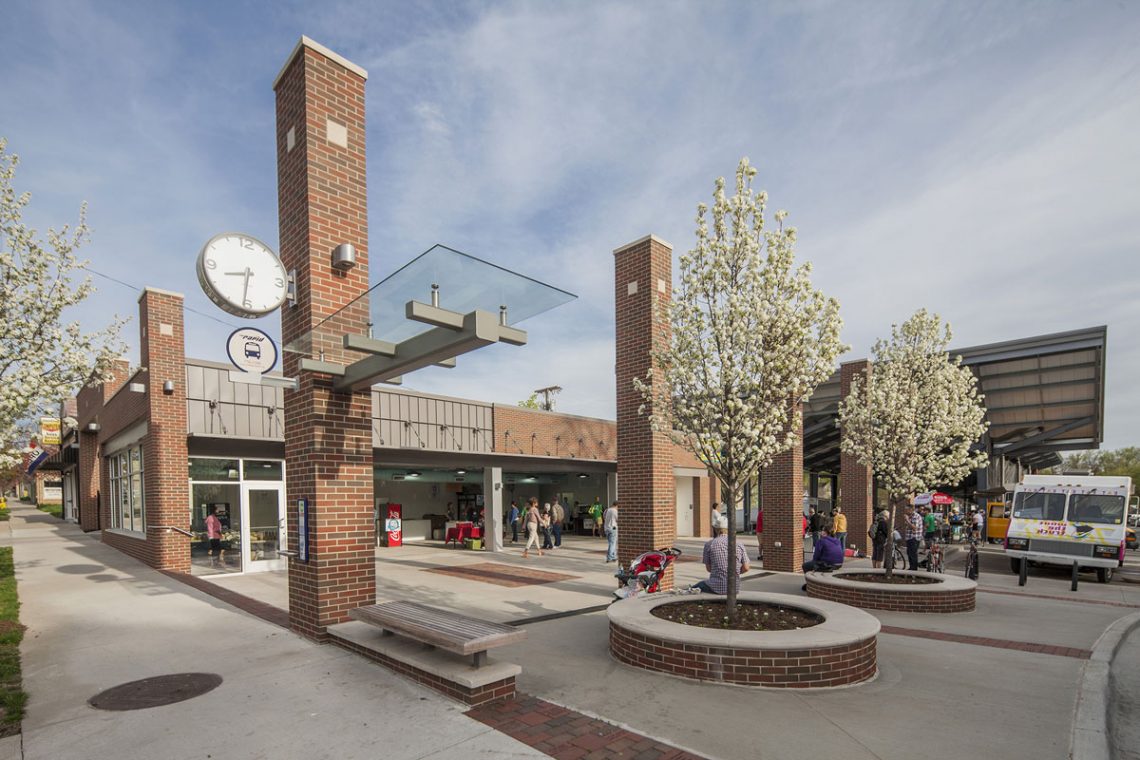 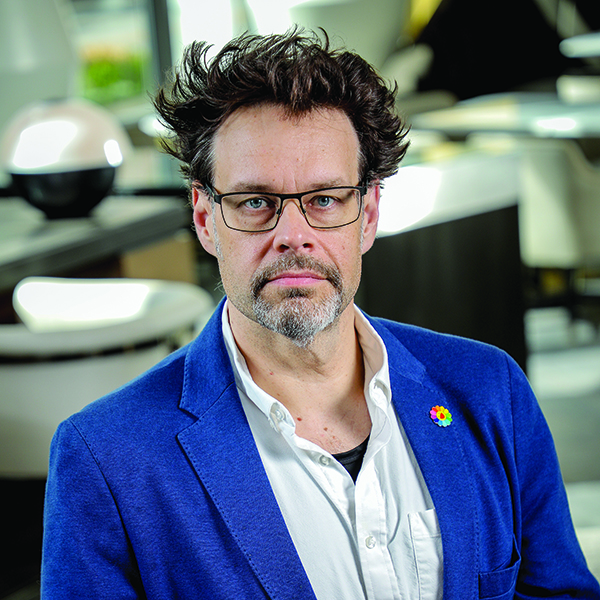 There is a moment in good design when a bell tone rings out pure and true as the nuanced elements of form, function, and context come together to make a project truly sing. It is in this instance, which may not happen every day or in every project, that Ted Lott, AIA, LEED AP, owner and principal at Lott3Metz Architecture LLC in Grand Rapids, Michigan finds moments of joy.

“Design is a form of communication. It certainly is a language that can be used coarsely or elegantly, and there is certainly a commodity aspect to it, which is often times in conflict to the language you are trying to use or the commodification of design forces a coarseness to it, but to me it is expression,” Lott said.  “There is joy in form theory for me, there is joy in formal expression for me, and I think design is that expression of that moment of joy when you get it right. It is a feeling like none other.”

For Lott, it is the understanding of both craft and client goal that can ultimately lead to those moments of joyful expression in the unbuilt and built landscape—which became a fascination early on in his life. With an affinity for buildings shaped by the time he was in middle school, Lott noted buildings—the design and planning of—was something he wanted to work with as long as he can remember and eventually led him to the University of Michigan in Ann Arbor, Michigan to study the craft. Upon earning both an undergraduate and graduate degree in architecture from the University of Michigan, Lott returned to his hometown near Grand Rapids and began his formal foray into architecture working as a design architect with a local design firm.

“My family has a strong entrepreneurial streak in it. My grandfather and my father both had their own businesses, so it was something that was always part of my life growing up, but also it’s just a question of wanting to make decisions you think should be made and having the responsibility to make those decisions,” Lott said.

“The more I worked in the business for really great people when I was a baby architect growing up, the more I wanted to be able to make those strategic decisions and guide a design firm on my own—or in this case, with a partnership,” Lott added.

Lott also noted it was his academic background that in-part helped him navigate his way toward an entrepreneurial route as the program taught him in many ways to be autonomous and foster a sense of small business independence. In August 2001, Lott founded Lott3 Architecture LLC with a computer and roughly 500 CDs for music—and a vision to become a leader in innovative design and architecture for the downtown urban footprint of the quickly growing city of Grand Rapids. While the first two years saw Lott primarily on his own working with a few consultants, the dialogue with Greg Metz, AIA, LEED AP, NCARB, about a potential partnership had been a few years in the making. On January 1, 2004, Lott3 Architecture LLC became Lott3Metz Architecture LLC and has since developed into a staff of eight with an award-winning, robust portfolio of commercial, residential, and urban planning projects that reflect an intentionality toward community context and an omnivorous appetite for project typology.

“The commonality in all our work is not style and is not a particular market division like office or manufacturing, but the common thread in all of our work is the city or a city. We do everything from historic preservation and infill buildings to brand new buildings and greenfields, but all of our projects have some significant relationship in context to an urban environment,” Lott said.

“That is where we feel we have particular skill and insight that helps us and helps our community stitch itself together continually. We are always excited about a little building on a street corner that we either renovate and put new businesses and residences in, or in the case of 12 Weston, which is probably one of our more recent apartment buildings we completed, actually do an infill site on a downtown urban street and try to really creatively and intensely knit that building back into the existing street,” Lott said.

The firm has also done work in neighborhood planning and public spaces like the Fulton Street Farmers Market and housing at-scale projects—in respect to the housing shortage facing both local communities and society as a whole—and recently announced a partnership with long-time friend Ken Crutcher, founding principal of Crutcher Studio Inc. in Detroit, Michigan to become Lott3Metz Crutcher Architecture. It is a move that Lott said the team is really excited about, as both he and Metz have long ties to the city, and are looking forward to the opportunity to work in Detroit; and regardless of type and location, Lott noted the first thing the team is concerned about when taking on a new project is context in terms of physical, political, and social.

“They are parts of the project and they are things that will affect what the design is, so that context for us is powerful and critical for us to deliver excellent work, but beyond that, when we do sit down to design, one of the things that we are always talking about as designers in our office is the struggle to get good ideas realized in a piece of architecture,” Lott said.

“We try to find the core design elements in every project and it is typically two or three—sometimes it is just one—and we work laser-focused on getting the critical idea expressed the best we can. To that end, we would call ourselves modernists, minimalists, but we are always understanding and reacting to context and addressing context, whether we are trying to provide a more traditional historic solution or a contextual solution contrary to the context,” Lott added.

For Lott, it is both the variety of work and the ability to navigate effective communication with clients, tradespersons, and specialists that inspires him to walk through the proverbial door each day—as well as balancing the fear of failure with that moment of clarity for a solution in a project.

“I think we all feel we are doing important work and we all want to positively affect our city and the city we are working in. The meaningful work is one of the biggest parts of that cocktail that gets me up in the morning,” Lott said. “It is also having that change-up working on everything from housing and restaurants to office spaces for folks; it keeps us nimble in our thinking, keeps us researching, and keeps us challenged, which I think is the important part.”

Though history has highlighted the continued disconnect between architecture and the people who use it as critics point to the pressure points of the industry—and its relationship with the marketplace, clients, and people in general—Lott said while architects may be designing to different criteria in response to more recent events, the historical friction has always been a healthy problem, and speaks to the ability and value of communication.

“I think that is always going to be there. I think in the history of cities, certainly in the way that we use them now and the way we design them as architects, is very resilient and very kind of adaptable in ways we don’t necessarily notice. When we come out on the other side of this pandemic, I really don’t think the way we design buildings or the buildings that we are providing the marketplace, the city, or the users, is really going to change much,” Lott said.

While he noted the criteria will likely adapt—such as for air quality, HVAC equipment, and interiors—one of the areas the industry does need to address is doing a better job in solving some of the conflicts between the profession, the marketplace, and communities.

“We need to be a more welcoming, more diverse professional community,” Lott said. “There is just a whole bunch of personal business and personal activity that architects could be better at and that is probably not unique to architecture, but it is also something we could work on and need to work on.” 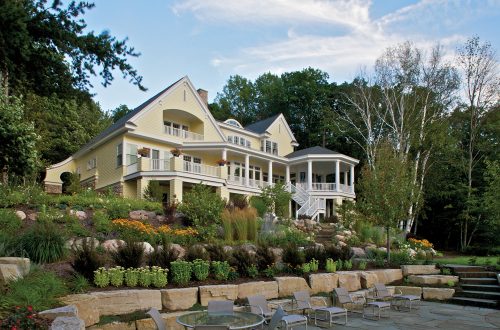 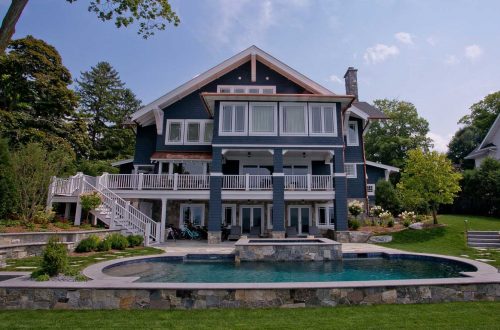 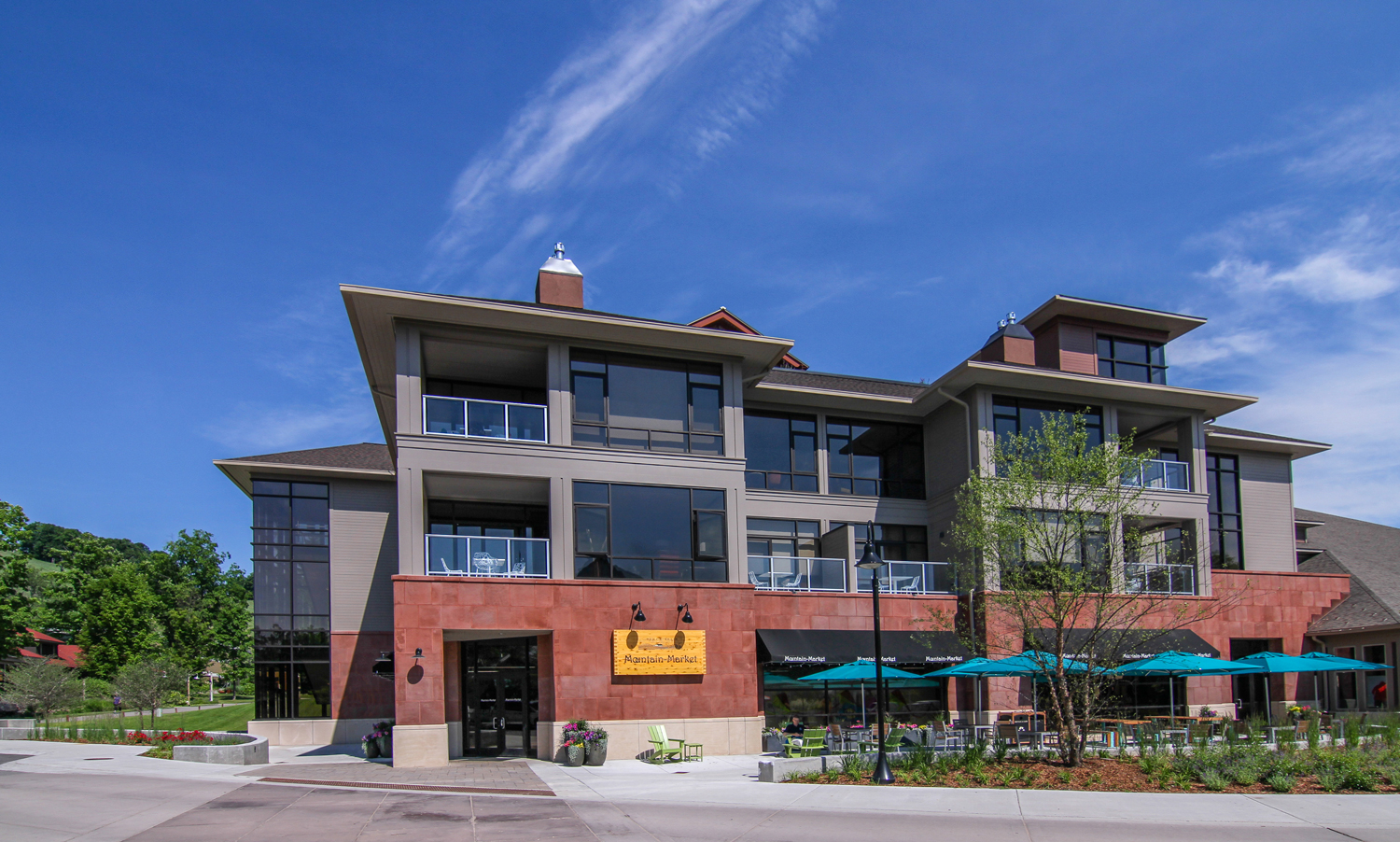