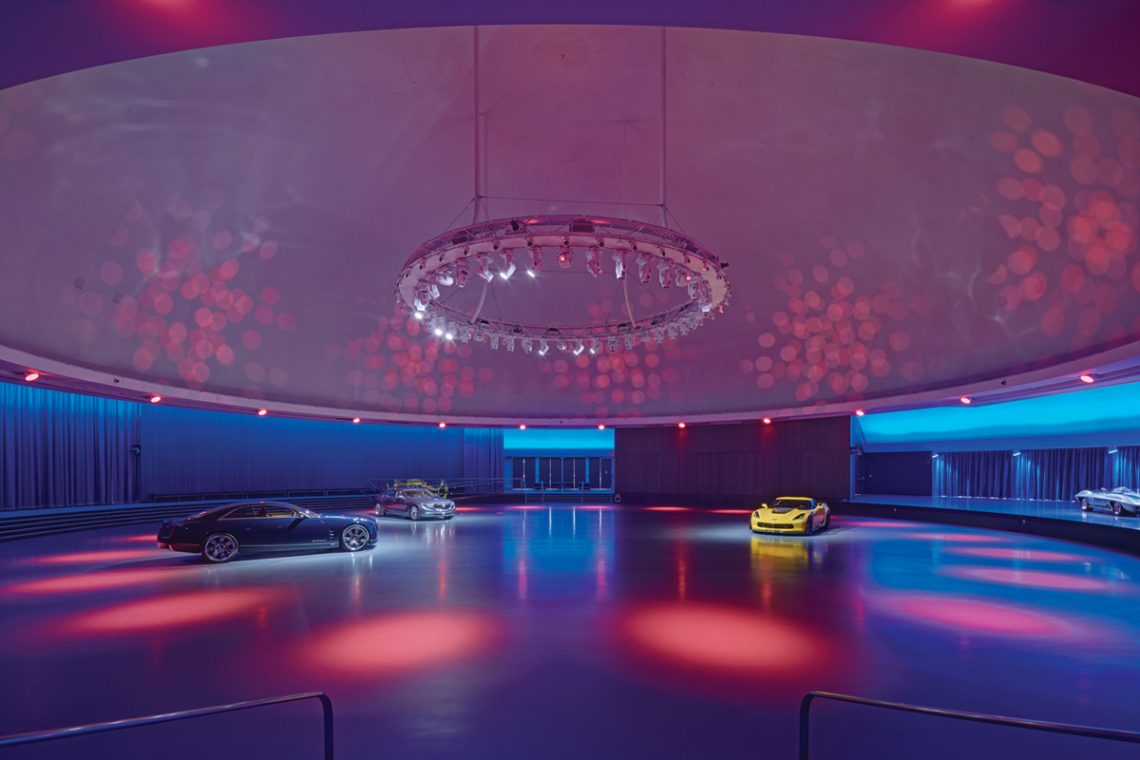 Hailed as the “Versailles of Industry” during its debut in 1956, the General Motors Design Dome and Auditorium was an unprecedented architectural feat for the automotive industry designed by renowned architect Eero Saarinen, with the collaboration of Harley Earl.

For more than 60 years, the iconic structure on the nearly 710-acre GM Technical Center in Warren, Michigan has come to stand as a symbol for innovation and style—reflective of the very industry and purpose it serves. It is a historical landmark where industry, engineering, design, and manufacturing minds have the ability to propel automotive design into the future; pushing the boundaries of style, form, and function.

While its campus has since joined the National Register of Historic Places and National Historic Landmark lists, GM recently made influential and effective strides in ensuring the relevance of its Design Dome and Auditorium as a presentation and evaluation center for the coming generations through an extensive, award-winning renovation project. The intent of the project was to modernize the building by integrating state-of-the-art technology and restore elements where necessary, while maintaining Saarinen’s original detailing.

“It was apparent from the very beginning GM loves the Dome and they love the Saarinen design work that was there, but they didn’t want to build an architectural museum,” said Paul Urbanek, FAIA, LEED AP BD+C, vice president and design director at SmithGroup.

“They wanted to make sure the Dome was relevant for their work and it was a huge driver: everything we did had to make it relevant,” Urbanek added.

SmithGroup is an integrated architecture, engineering, and planning firm, that not only served as the original architect of record under the name of Smith Hinchman & Grylls in the mid-century, but also was commissioned to provide historic preservation, lighting design, sustainability, geothermal system, and civil, mechanical, and structural engineering expertise in the recent renovation. The firm also worked collaboratively with Roncelli Inc., a Sterling Heights-based construction company; and AVI-SPL, a Tampa-headquartered AV integrator.

GM initially reached out to SmithGroup to begin major interior and partial exterior work in 2007, however when the rather debilitating recession hit in 2008, the project was put on hold for a few years. Once the automotive company bounced back to its feet, Urbanek noted GM was interested in pursuing the renovation project once more in two phases. The first phase comprised rebuilding the courtyard wall enclosing the exterior viewing grounds around the Dome, and the second phase included renovating the interior and the exterior of the structure.

“We did everything on the exterior except the dome itself,” Urbanek said. “Part of that was just funding, but they want to renovate the dome exterior-wise in the near future; it is part of their overall master plan for the campus.”

While the aluminum clad dome remains the same as from 1956—a testament of longevity—the rest of the Design Dome and Auditorium was renovated. Some of the exterior work comprised: wrapping new glazing around the sides of the building; installing low-iron glass within the existing window framing; new gutters and downspouts; installing new doors; and redoing the concrete and plaza immediately adjacent to the Dome.

In 1956, the Design Dome and Auditorium allowed designers to examine vehicles in a large, 180-foot-diameter indoor viewing auditorium regardless of weather. The adjacent courtyard also provided space for outdoor analysis. While those two functions have continued on throughout the decades, car design has adapted to incorporate more technology throughout the process.

“Car design has come a long way,” Urbanek said. “One of the primary drivers of the renovation was to make it a place where General Motors management could review both the 3D virtual imagery of automobiles—mass properties—and then physically see the automobile itself—whether that is a clay, fiberglass, or full-scale steel model.”

GM also intends to use the Design Dome and Auditorium as an event venue and a large assembly hall that can seat up to 1,000 individuals. To re-establish the space as a significant, multi-purposed venue for GM, extensive behind-the-scenes work was completed such as replacing existing mechanical and electrical systems with state-of-the-art heating, cooling, ventilation, audio and visual technology, and a complex lighting system.

“The original Dome had basically an up-lighted dome on the inside, which provided a shadowless environment allowing the designers to look at their cars so they could see the lines and examine how they worked. They tried to minimize all of the reflections that would cause clatter in the edges of the vehicles,” Urbanek said.

“The indirect lighting Saarinen proposed was really a stroke of genius in letting them be able to do that back in the mid-century,” Urbanek added.

To accommodate both the continued function of examination and analysis within the auditorium and potential events, a new steel soffit ring with up-lighting and dimmable white-LED and colored-LED fixtures act as a centerpiece for the interior arched ceiling. The central lighting not only continues to provide a shadow-less environment when need be, but also can direct spotlights and create a more theatrical display when presenting finished projects to an audience.

“When GM wants to promote a model year, a body type, or a brand to the media, their shareholders, or any group they desire, they can bring it into the Dome and it has all the multimedia capabilities to put on a mini-auto show,” Urbanek said. 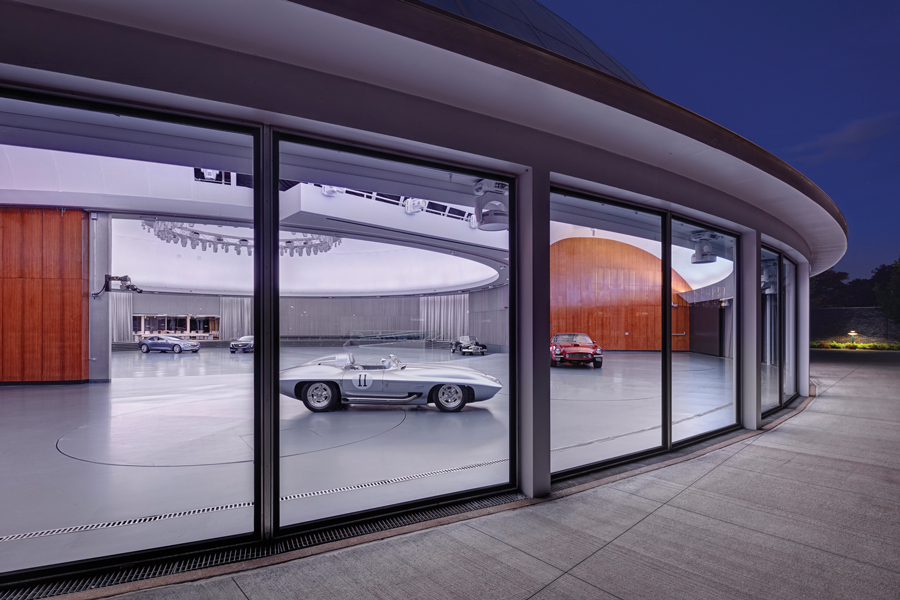 New multimedia capabilities, such as speakers, projector, and a 24-foot-wide project screen, are accessible by the nearby control panel with a sleek desk design inspired by the 1940 Cadillac hood ornament. It is a nod not only to the mid-century architectural elements found within Saarinen’s design, but also the industry and company that utilizes it.

Other renovation work comprised: repainting the interior dome a shade of white to lighten the space; installing seamless sound absorbing plaster; converting bathrooms from their more utilitarian design to a hospitality-centric style; transforming a storage closet into a green room for presentations; cleaning the aluminum batten running along the exterior of the structure; and installing a seamless floor to replace the dark tile, which wasn’t as suited for photography, presentation, and examination.

“We have a self-leveling, acrylic flooring. It goes on liquid and has no seams,” Urbanek said. “They didn’t want any of the seams to reflect into the car and cause a reflection.”

The fully-functional boardroom also features a larger space, ultra-clear glass, aluminum batten, wood on the radial walls, and an EVI touch-panel control system. Its position adjacent to the auditorium allows an unobstructed view of the floor, and the integrated technology provides an opportunity for real-time decisions.

“There is a huge expenditure of dollars into approving a model into production, so they want to make sure they are going to get the right car at the end of the assembly line,” Urbanek said. “The Dome becomes a really strong place where they can evaluate the car before they put it into production or make whatever modifications they need to move it forward.”

Originally published in full in Great Lakes By Design: Beyond the Horizon, July 2017 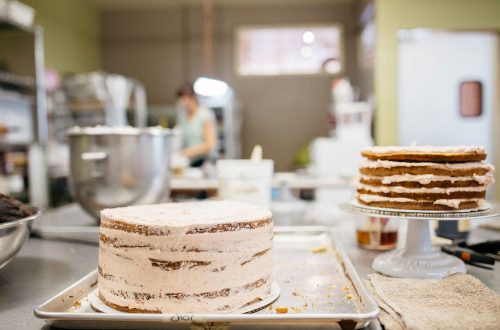 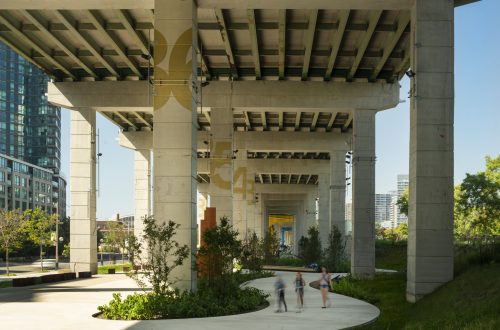