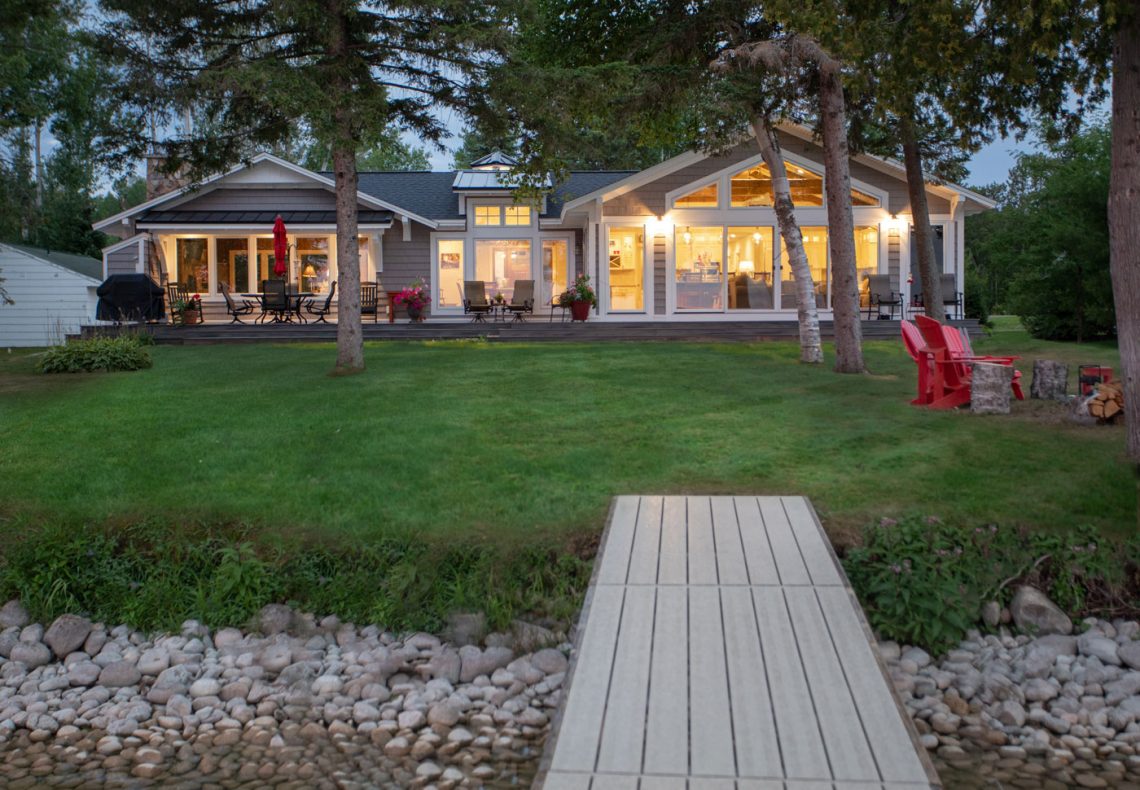 A ranch house in northern Michigan has been redesigned as the coastal destination for one happy client’s friends and family. Completed in July 2019 and located in Burt Lake, Michigan, the cottage’s renovation was overseen and directed by Stephanie Baldwin, president, owner, and designer of Edgewater Design Group LLC.

The result is picturesque: as soon as someone stores their shoes and coat in the plentiful cubby space at the front door, they are greeted to a space where family and other guests can dine while gazing out at the lake through wall-spanning windows; sharing memories and conversation below a tasteful, spherical chandelier. The lights are reminiscent of candles, emanating a tempered glow.

Before renovation, the roughly 2,850-square-foot home was eclectic, with its closest styles from those of the 1960s or 1970s era ranch house, according to Baldwin. The whites, dark browns, and lack of lighting made for a comfortable-enough-house-feel, but not a warm and vibrant one, nor did it have room for large parties.

Baldwin said the focus going into the redesign was to give the house a more coastal feel—something that brings out the best of northern Michigan’s lakeshores. To do this, Edgewater laid out certain pillars of change: windows, texture, and volume.

From the onset, Baldwin and her team removed some of the roof and replaced it with cathedral ceilings. These, coupled with the new wall-spanning windows, allow natural light to flow into the room and bloom across the timber trusses. The team also installed shed dormers that provide additional volume to the ceiling and a clear view of the lake from the entry.  The bathrooms also received a face-lift: following the focus on texture and volume, raster tiles line the bathroom walls, a washed-wood cabinet supports a marble sink, and two lamps brighten the vanity space.

“Remodels are about ensuring new functions work within the newly created forms,” Baldwin said. “The design needs to look intentional—not like something was obviously added.”

For a home that’s meant to host more than immediate family, Baldwin’s clients needed practical changes that would make events and basic living needs more accessible for everyone in the house. Instead of the family keeping the washer and dryer in the master bedroom closet, Baldwin built space into the hallway for a laundry closet. Or in another case, Edgewater used extra space behind the bathrooms to implement a larger pantry.

“Using only the space currently in the house is the most challenging part of any remodel,” Baldwin said.

Baldwin also mentioned she enjoys the challenge and the restrictions bring out creativity with her design team.

When the dining room took over the kitchen space, Baldwin placed the new kitchen space deeper into the home. It houses wide, granite counters to allow cooking space for large groups of people and bulbous glass light fixtures for every corner of the kitchen. Adjacent to the kitchen sits the new living space which used to be a three-season porch. The space is complete with a cobblestone fireplace, abundant couch space, and a suspended canoe below the trusses, which Baldwin credits as the client’s daughter’s idea.

Edgewater Design Group was created in 2011 by Baldwin, and offers both custom consultations and pre-created design options. The team also offers “green-design” options to make every client’s projects more energy-efficient, not only for the sake of the planet, but also for the clients themselves. With a well-tenured staff and experienced designers, the company takes both residential and commercial applications alike.

Behind the camera:
M-Buck Studio 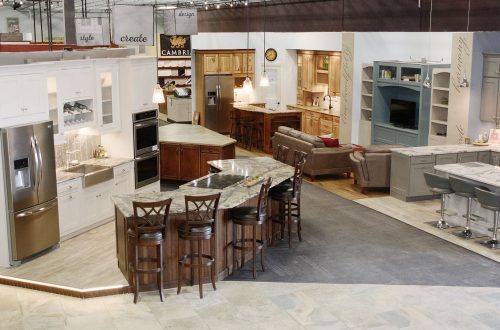 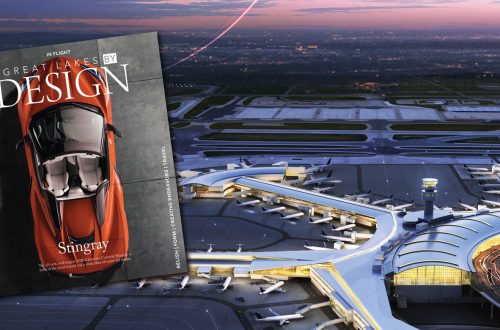 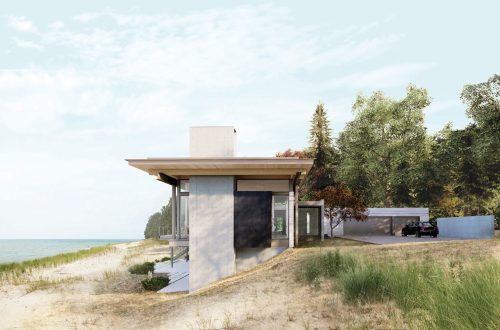