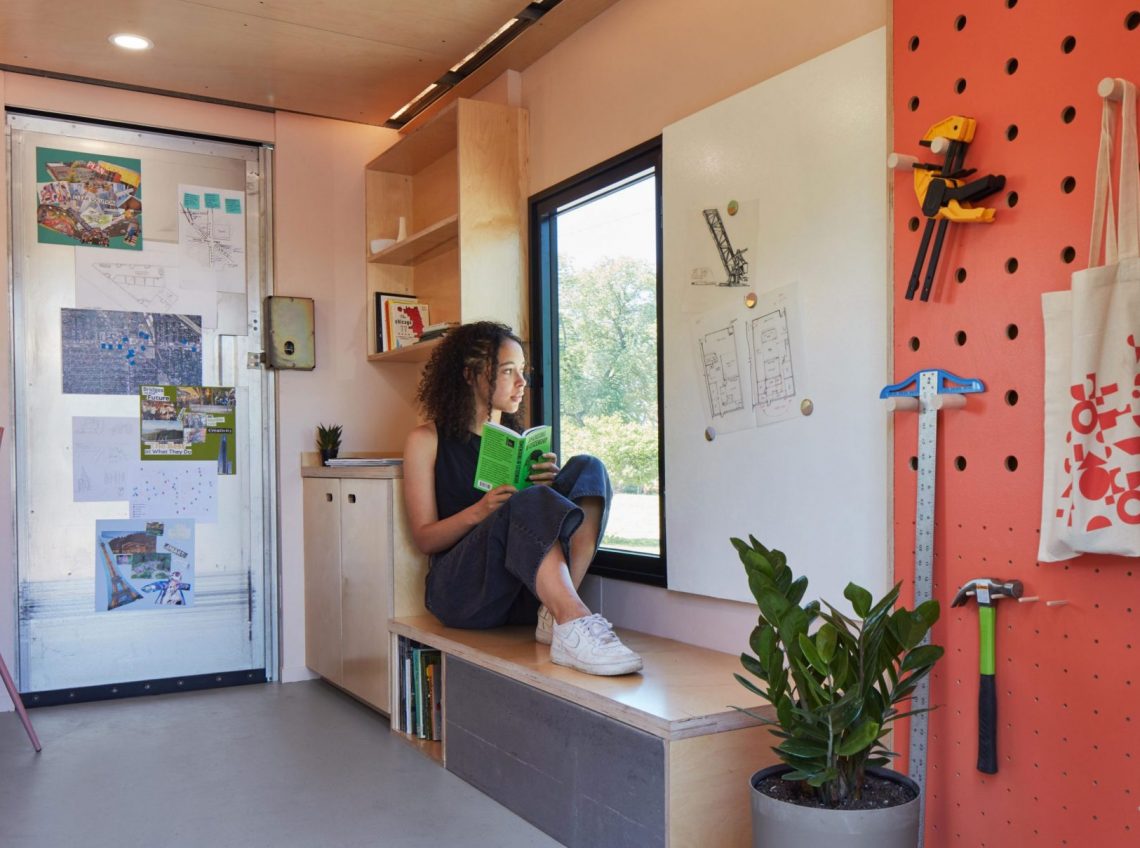 Within the rich architectural fabric of Chicago, there is a neighborhood where prominent architects like Frank Lloyd Wright and George W. Maher honed the art and craft of the residential design. From Queen Anne and Prairie School to Craftsman, Oak Park’s residential landscape has become known for its National Registered Historic Places, walking tours, and as a destination for design lovers and architectural enthusiasts.

The neighborhood has also been formative for more recent shapers of the Chicago design sphere, one of whom has converted a lifelong passion for the city’s architectural surroundings into accessible design-thinking and problem-solving workshops designed for students across Chicago.

“I think part of [my interest in design] has to do with growing up in Oak Part where architecture was such a huge thing and was constantly talked about,” said Maya Bird-Murphy, Associate AIA, LEED Green Associate, founder and executive director of Chicago Mobile Makers in Chicago, Illinois.

“I like to say that I didn’t have to go anywhere to learn about architecture; nobody had to bring me aside and tell me it was a thing that existed,” Bird-Murphy added.

Since 2017, Chicago Mobile Makers, a nonprofit organization, has offered free, low-cost youth workshops that explore the diverse and interconnected worlds of design, architecture, digital fabrication, basic construction, and place-making in Chicago. In just three years since its founding, the organization has served 11 neighborhoods and in 2019 alone held more than 150 workshops. It has also partnered with the organizations and events such as the Chicago Architecture Biennial, the Chicago Ideas festival, and the WNDR Museum to deliver pop-up programming at schools, events, and more recently, a sustainably-fashioned Mobile Makerspace van. The work, as Murphy noted, is about encouraging youth to solve problems creatively and even become advocates in their own communities through the use of design-focused skills and thinking.

“We’re trying to reach the students who don’t necessarily know that they have an interest in design…We try to make it just about being creative, solving problems creatively, working with your hands, and making,” Bird-Murphy said. “I don’t use the words STEM or STEAM very often, because I want to make it known that this is really about making, problem solving, and creating—that is design without really needing to say it.”

As multi-faceted and layered as the design practice is, Bird-Murphy noted that the students can apply the skills fostered to just about any subject they become interested in later in life. For Chicago Mobile Makers, the main facet in spurring that skill development is the term “mobile”: delivering design to students where they live. More recently, the team’s unique new tool, the Chicago Mobile Makerspace van, has supported that work.

Converted from a retired United States Postal Service van, the Makerspace serves as a classroom, tool shop, design studio, gallery, and community gathering space that also houses design equipment, from power tools and modeling materials to laptops and a 3D printer. Though the Mobile Makerspace was completed this past June, it was part of a longer development for Bird-Murphy, whose university thesis developed the Chicago Mobile Makers framework and included the initial van concept.

“A lot of people assume that the Mobile Makerspace was our response to COVID and don’t realize it was a part of a much bigger project and took a really long time to build,” Bird-Murphy said.

The Mobile Makerspace is fitted with birch plywood cabinetry, soft seating, large windows, and a work desk; and holds a generous open space for students to eventually travel in-and-out of to activate unused space outside. Four solar panels on the roof help comprise a boosted electrical system, which allows the Mobile Makerspace unrestricted use of power tools, and to host building, digital fabrication, and design workshops in places like parking lots or street festivals.

“We want to do a whole design process with [students] and then actually transform a space with the Mobile Makerspace,” Bird-Murphy said. “It is completely self-powered so we can drive it to, say, an empty lot and do an entire project just with the truck.”

The van was completed during the upswing of the COVID-19 pandemic; however, the Chicago Mobile Makers team was able to use it to pass out design kits for students to take home over the summer. This goal for bringing design tools to students instead of the inverse remains central to the concept and mission of the Chicago Mobile Makers. As someone who did have the chance to travel to an intensive architecture camp during K-12 education—an opportunity which spurred her career as an architectural designer—Bird-Murphy explained that students shouldn’t have to pursue an experience like it to explore design and design concepts; they should be available to everyone.

“That is exactly why Chicago Mobile Makers is needed, because students shouldn’t have to know all of that to know what design is or to realize that they want to be an architect,” Bird-Murphy said. “We’re taking down as many barriers as possible to getting that education and exposure, and I think that’s really the whole point of what we’re doing.” 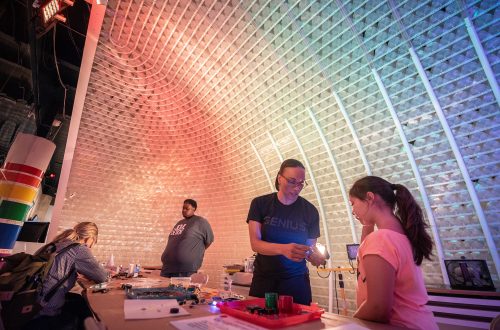 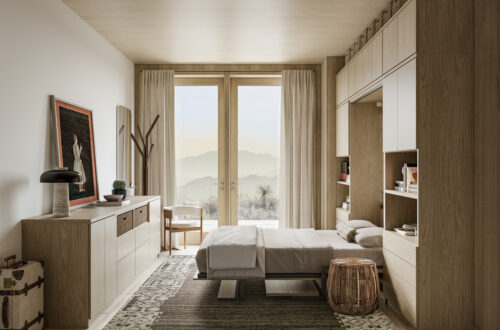 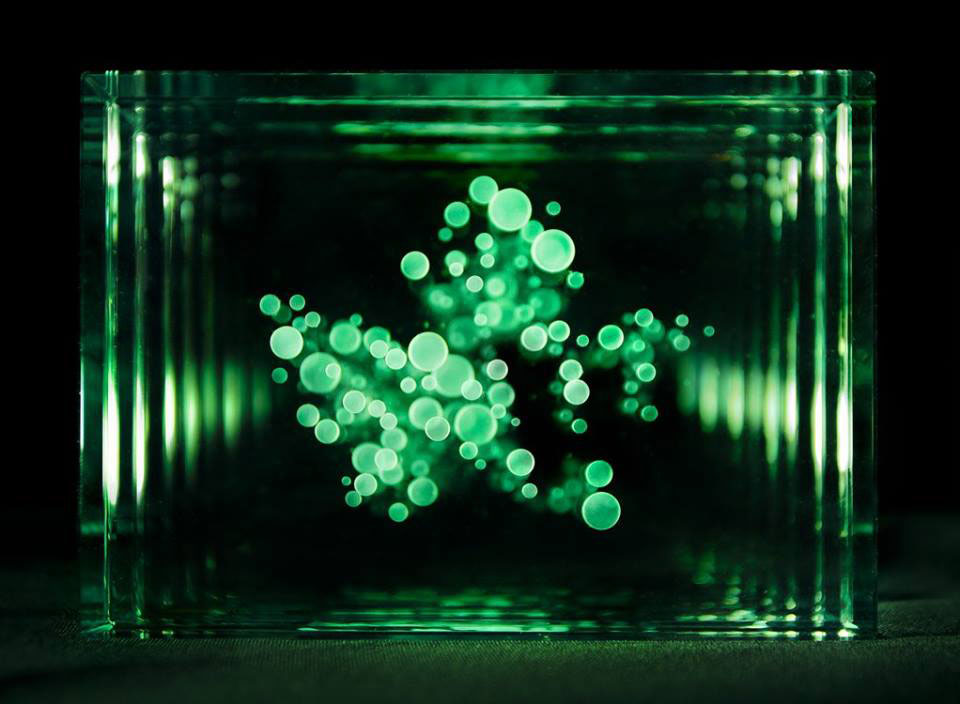