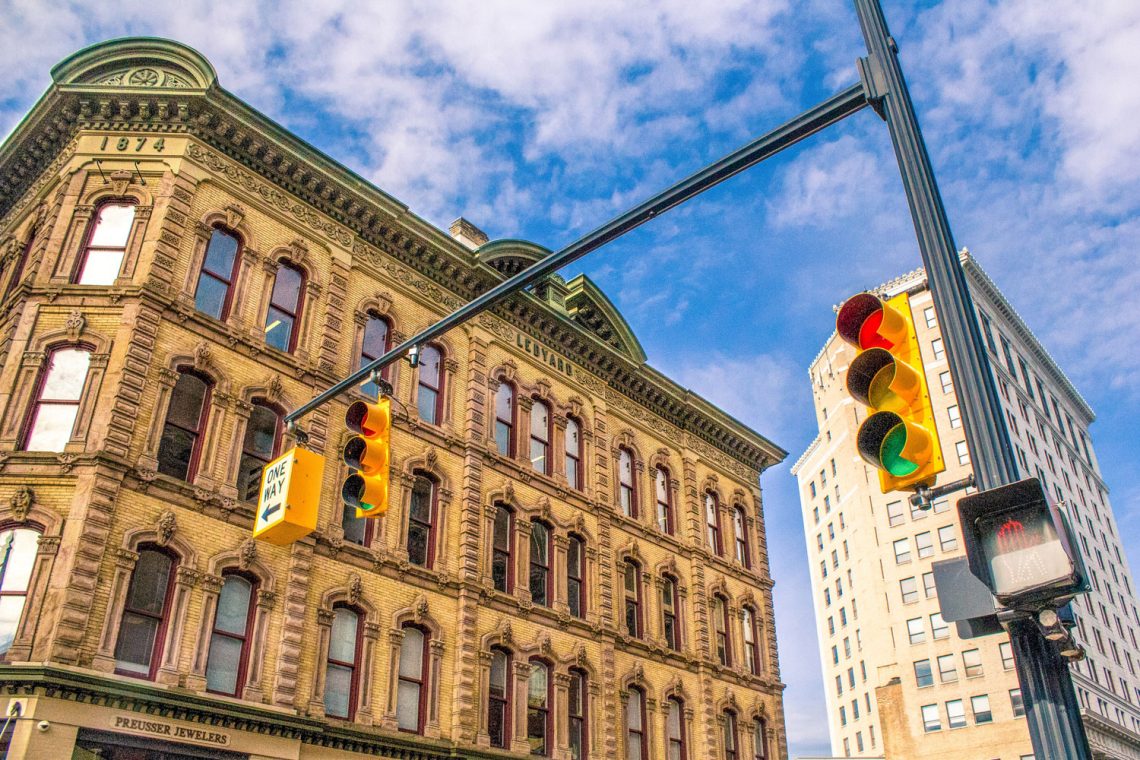 With a population that has grown nearly seven percent in a decade, and an ever-developing city core with new infrastructure, Grand Rapids, Michigan, has become a destination for living and working that is still uniquely malleable, in more ways than one. The city, the second largest in Michigan—but a relatively small one in the overall Midwest—is already an established 2030 District with goals of cutting net carbon emissions in half by 2030 and entirely by 2050, and it hosts a variety of restaurants and breweries that are certified B Corporations dedicated to nourishing sustainable and inclusive economies.

Architecture plays a key part in the social and environmental wellbeing of a city, and its significance as a profession remains at its forefront for Megan Feenstra Wall, AIA, incoming president—and first woman president—at the AIA Grand Rapids Chapter, who sees a unique opportunity in Grand Rapids to harness the power of architecture and design in making equitable and healthful built environments that will continue to shape the cityscape.

“When you live in a big city, the city has already ‘become’ and you’re just a part of that and it’s exciting, but in Grand Rapids, the city is constantly in the process of becoming and it’s small enough that you can be a part of that in a way that you just can’t in other places,” Feenstra Wall said.

“I think from the architectural community side it’s not that we don’t, as architects, always effect change in the built environment, but I do feel that around here we can effect change and I love that about architecture, that we can influence communities in the work that we do,” Feenstra Wall added.

Originally from Michigan, Feenstra Wall earned a bachelor’s degree from Calvin College in Grand Rapids before moving to New York to pursue a master’s degree in architecture from Columbia University. From there, she travelled through Southeast Asia and India before residing in New Castle, England to live and work, and returned to Michigan about a decade ago, continuing her career as an architect at the Grand Rapids firm of Mathison | Mathison Architects.

Feenstra Wall has spent several years on the AIA Grand Rapids board as Associate Director, has served on an AIA Michigan Strategic Committee and several AIA awards juries, and also started an informal gathering of local women in the profession. Now, as AIA Grand Rapids President with a term running from January 1, 2021 through December 30, 2021, Feenstra Wall looks to the leading role in the organization with intention, focusing on topics like sustainability and diversity in architecture.

In 2017, only 15 percent of new architects identified as non-white, according to the National Council of Architectural Registration Boards, or NCARB, and supporting access to the architecture profession from initial schooling all the way through licensure, and publicizing and promoting momentum for a diversified industry that is already building, is also important for Feenstra Wall.

“How can we draw more socio-economic and racial diversity into the profession? That’s different from [asking] how do we make this profession available to women so that they’ll want to stay? We’re missing out on vast numbers of talent,” Feenstra Wall said. “We also claim that we represent all these different communities, but we don’t understand those communities, because we aren’t those communities.”

Besides diversifying a historically homogenous profession, Feenstra Wall cares deeply about climate action and sustainability—something that the city of Grand Rapids has been uniquely invested in, from the City of Grand Rapids’ Strategic Plan outlining the protection and preservation of water resources and creation of climate resiliency, to its long list of buildings that highlight progressive LEED certifications, such as America’s first LEED-certified microbrewery, and the world’s first LEED-certified YMCA.

“For a while, sustainable design and good design were on separate tracks and touched each other some of the time, and the conversation now is in order to have a good design it has to be sustainable, resilient, and equitable or it’s just not good,” said Feenstra Wall in reference to the architectural profession’s deep, increasing investment in sustainability, from sourcing materials through design and finishes.

Though topics like diversity and climate change are personal and professional interests for Feenstra Wall, her role as President of the AIA Grand Rapids Chapter will also serve to help the architectural community weather the COVID-19 pandemic and plan for a post-pandemic future flexible to its needs, and the needs of the surrounding community. 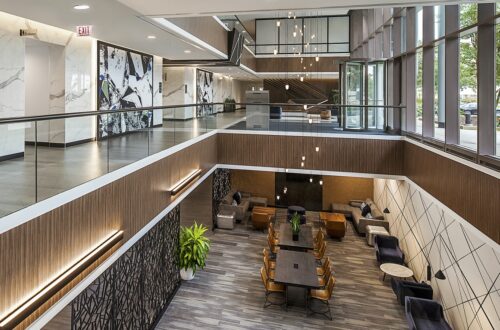 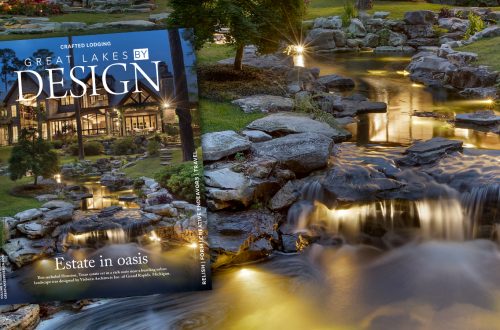 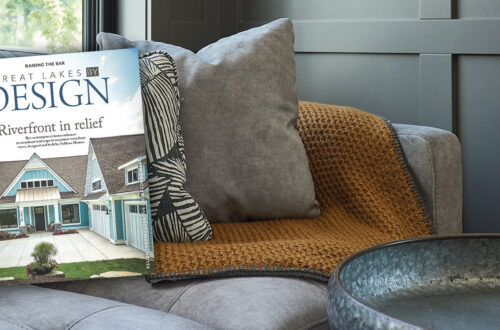