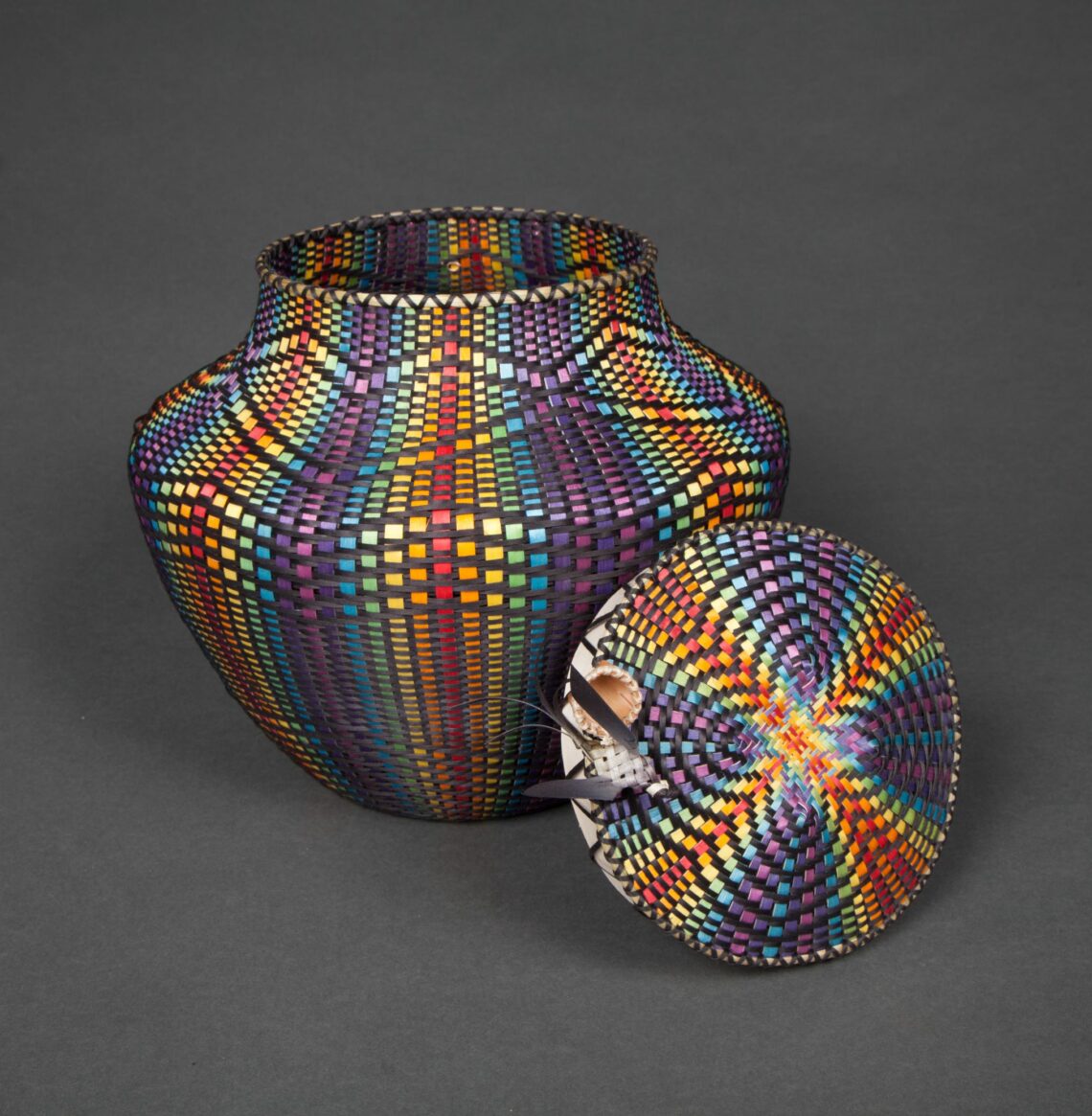 The Eiteljorg Museum of American Indians and Western Art, located in White River State Park on the historic lands of the Miami and Lenape peoples in downtown Indianapolis, officially debuted its reimagined Native American Galleries on Saturday, June 25, 2022. The opening, which coincided with the 30th annual Eiteljorg Indian Market and Festival on June 25 and June 26, 2022, builds on the museum’s ongoing transformational $55 million capital and endowment campaign known as Project 2021.

Since 2016, the campaign has sought to not only rethink permanent galleries, highlight the art of the Native peoples of the Great Lakes region, and expand and renovate community gathering spaces on the museum campus, but also triple the organization’s endowment to support the rich and dynamic storytelling of the West and Native America.

The re-envisioned Native American Galleries is a departure from its earlier iteration, which had remained largely the same since the museum’s initial completion in 1989. The roughly 13,200-square-foot galleries now present artwork from a Native perspective through themes of Relation, Continuation, and Innovation, which are concepts shared by many Native cultures, according to the press release. Featuring the exhibition “Expressions of Life: Native Art in North America,” the new galleries include a Land Acknowledgement upon entrance and audio greetings in the languages of the Miami, Potawatomi, Delaware, and Shawnee, as well as a new “Connected by Water” space focused on art of the Native Peoples of the Great Lakes region and surrounding areas. The galleries feature works such as beadwork, jewelry, glass, contemporary art, paintings, and textiles, among others, from Indigenous artists across the United States and Canada.

“After experiencing the new Native galleries, Eiteljorg Museum guests will better understand that Native peoples are part of our local communities today; they are not peoples who exist only in the past or live in faraway places,” said John Vanausdall, president and chief executive officer at the Eiteljorg Museum. “Through the new galleries and exhibition, guest will see the strong connections between customary art and today’s contemporary Native artworks, and appreciate the tremendous depth and variety of expression in Native art.”

In realizing the vision for the new Native American Galleries, Eiteljorg curators and the museum’s Native American Advisory Council partnered with: Origin Studios of Ottawa, Canada; kubik maltbie of Toronto; F.A. Wilhelm Construction Co. Inc. of Indianapolis; and Richard Lewis Media Group Inc. of Watertown, Massachusetts. The Native American Galleries have been redesigned as an accessible and inclusive thematic experience. Starting with an interactive map of North America, showing the names and historic locations of Native cultures across the continent, the galleries include accessible interactive and hands-on activity areas, digital information hubs, directional lighting, an open footprint, and all-glass displays. The state-of-the-art casework was built by ClickNetherfield Ltd. of Scotland. Works featured in the exhibition include exhibition Great Lakes artworks from a major collection the museum acquired in 2019 through a $2.83 million grant from Lilly Endowment Inc., which is a philanthropic foundation. Other works featured prominently are by many renowned Native artists from across the continent, including recipients of the Eiteljorg Contemporary Art Fellowship, participants in the Artist in Residence program, and Eiteljorg Indian Market and Festival, according to the press release.

Project 2021’s capital and endowment campaign, which has now raised about 98.5 percent of its goal, also features the expansion of the museum’s multipurpose space, the Allen Whitehill Clowes Sculpture Court, anticipated for reopening in early September 2022. To help realize the expansion of one of the museum’s busiest and must utilized spaces, Eiteljorg Museum looked to Jonathan Hess, AIA, principal and chairman of the board at Browning Day, an Indianapolis-based, award-winning, nationally recognized architectural firm. Hess designed the original museum building that opened in 1989, as well as the 2005 expansion doubling the size of the facility. Hess returned to design the expansion of the sculpture court, which was first added in 2005 and is the museum’s general-purpose space, hosting programming, events, and celebrations. The round room has become known for its skylights and scenic picture window view of the Indiana Statehouse dome.

“It has been so popular and so constantly used, we needed to make it bigger and we have been very limited by its size. There was an outdoor terrace on the east side of the sculpture court, that was a great idea—we thought we [would] expand programs and events and cocktail parties out there. As it turns out, Indiana weather just won’t cooperate,” Vanausdall said. “The idea is to enclose that. It’ll still have an annex porch feel, but it is completely integrated functionally with the sculpture court.”

By enclosing the outdoor OneAmerica Terrace to increase the usable floor space of the Allen Whitehill Clowes Sculpture Court, the Eiteljorg Museum will be able to expand programming and space for events from roughly 275 seats to approximately 375 people at capacity, double the size of the indoor space, and provide multimedia capacity for all events and meeting needs. Currently, work on the Allen Whitehill Clowes Sculpture Court is in progress with a temporary wall installed activities and events continue on the west side of the space as construction work continues on the east side. The renovation is intended to be contextual with existing architectural features of the iconic round room, and potentially allow for sculpture installation in niches originally designed into the wall and throughout the space. Garmong Construction Services of Indianapolis has served as construction manager for the sculpture court project.

“We went back to Jonathan Hess, the architect of the original building and the 2005 expansion, and asked him to conceptualize something that would not take away aesthetically in any way from this beautiful round room and its architectural features, but add to the space,” Vanausdall said. “That is what he has done and the east wall is all glass.”

“We have been very heartened by the warm reactions from Eiteljorg visitors to the new Native American Galleries since they opened June 25, and we are fascinated to see how guests are enjoying and learning from the beautiful new exhibition,” Vanausdall said.

“The efforts that the Eiteljorg’s curators, Native American Advisory Council, public programs staff, and design partners put into the redesign of the galleries, multipurpose space, and children’s discovery area—combined with the support of Eiteljorg donors and sponsors—have fulfilled the vision of Project 2021 in a dramatic way. We encourage anyone in the Great Lakes region and beyond who enjoys compelling art, design, and architecture to visit the Eiteljorg Museum in Indianapolis,” Vanausdall added. 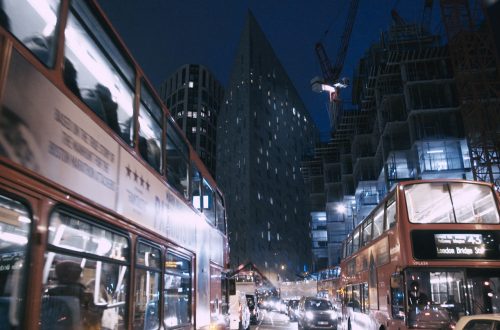 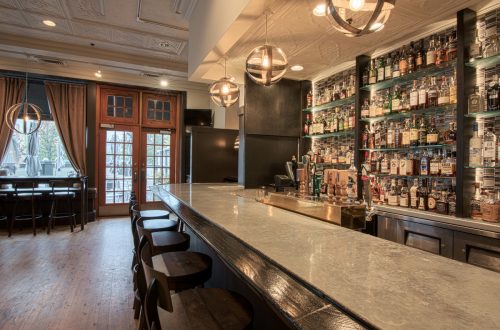